Elisabeth Moss Joins Wes Anderson’s ‘The French Dispatch,’ Which Could Arrive This Year

Written by Annie
No comments   /   Leave a Comment?
The French Dispatch

New Project for Elisabeth “The French Dispatch” which is looking great by the amount of great actors in it.

Elisabeth Moss, who can recently be seen onscreen in one of her best performances, in Alex Ross Perry’s Her Smell, has joined the cast. “I just did a tiny part in a Wes Anderson film, and 100 percent of it was because I wanted to be in a Wes Anderson movie. I’m a tremendous fan,” Moss tells THR. “That’s why you get all those other actors in for small parts in his movies, because they just want to work with him. So, it’s much more about the collaboration than any calculated career move.”

Anderson also recently opened up more about his tenth film, telling Charente Libre that it’s about “an American journalist based in France who creates his own magazine. It is more a portrait of this man, of this journalist who fights to write what he wants to write. It’s not a movie about the freedom of the press, but when you talk about reporters, you also talk about what’s going on in the real world.”

While we expected the film to be a 2020 release, Anderson said, “I feel that it could be ready before the end of the year.” So, fingers crossed post-production goes well this summer and we’ll update when a release date is announced. 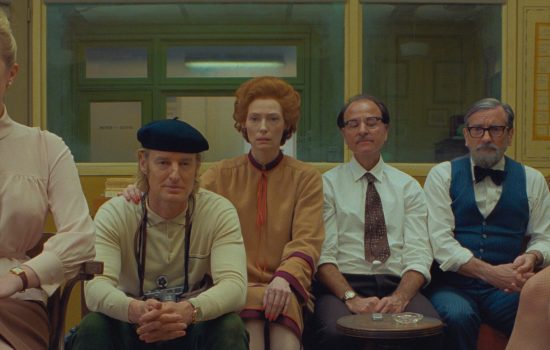 ‘The French Dispatch’ to World Premiere at Cannes