The first Teaser Trailer for The Shining Girls has been released, also the first still and we have a date for Apple+ release: April 29th, where they’ll release the first 3 episodes, and the remaining 5 episodes will be weekly. Watch the trailer below, aswell the still and caps from the trailer: 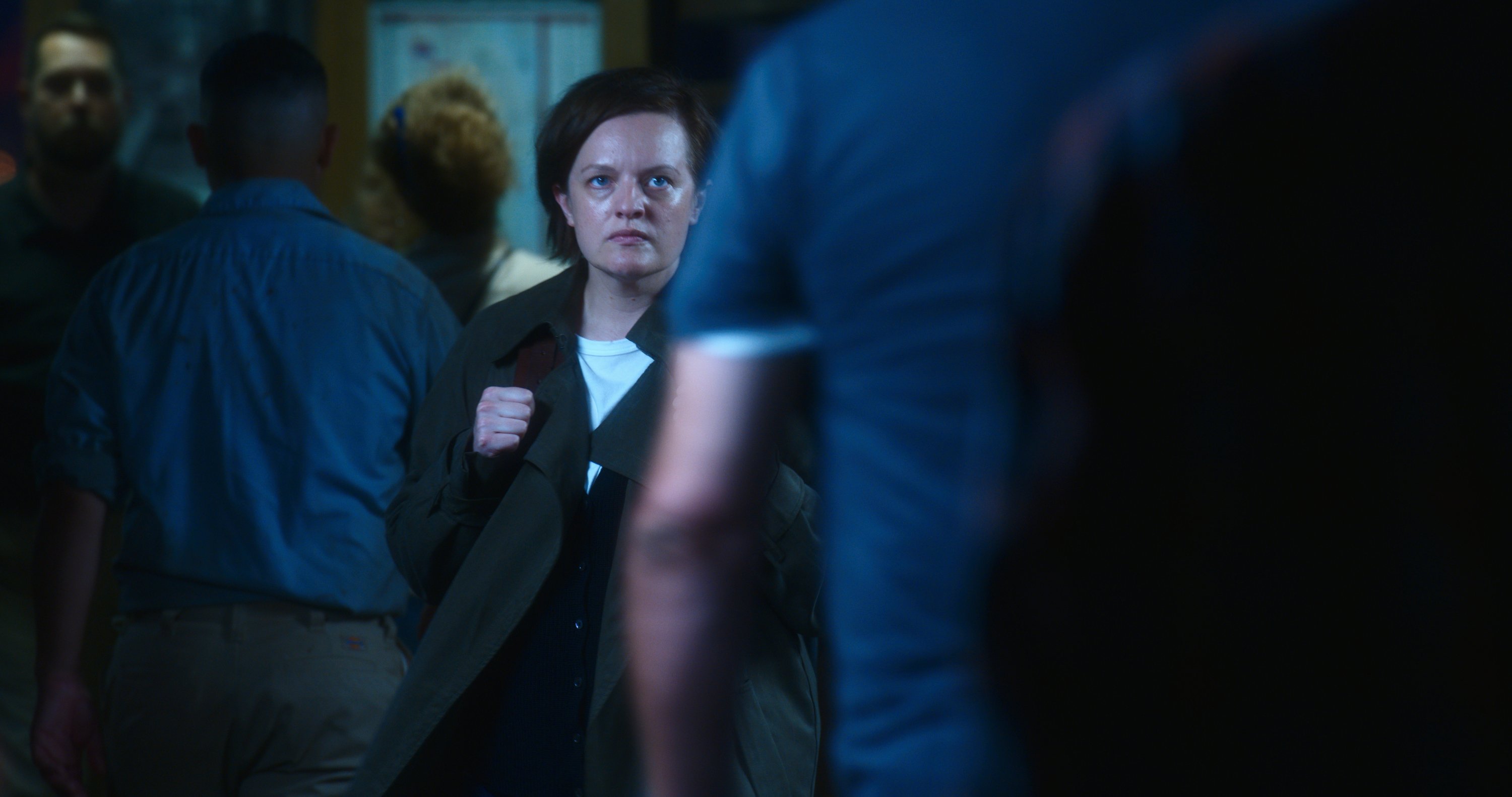 New article where Elisabeth talks about how traumatizing filming The Shining Girls was, via Deadline:

Elisabeth Moss portrays a woman tackling deep trauma in the upcoming Apple TV+ series, Shining Girls, premiering on April 29. The first teaser, above, was released in conjunction with the show’s CTAM panel on Friday.

Based on Lauren Beukes’ best-selling novel, Shining Girls follows Kirby Mazrachi (Moss), a Chicago reporter who survived a brutal assault only to find her reality shifting as she hunts down her attacker. When Kirby learns that a recent murder mirrors her own case, she partners with seasoned, yet troubled reporter Dan Velazquez (Wagner Moura), to uncover her attacker’s identity. As they realize these cold cases are linked, their own personal traumas and Kirby’s blurred reality allow her assailant to remain one step ahead.

Moss revealed to Deadline that Kirby’s trauma has nothing to do with the gender of her attacker, but the fact that she doesn’t know who was involved.

“Kirby’s trauma has to do with the fact that she can never know exactly who it was that was a part of her attack, and that drives her crazy,” Moss said. “It’s not the gender of the person. It’s the fact that she just cannot ever know who it was and he got away and she lived and who is this person? So if there was a person who attacked you, who was still out walking around… What I was trying to do was put myself in that headspace of how that would drive you crazy. Then pile on top of that this ever-changing reality piled on top of that this world that completely shifts all the time around you and you don’t know why that’s happening.”

Kirby finds an ally in reporter Dan Velazquez, who not only offers her help to search for the person who assaulted her but also a safe space.

“What Wag’s character Dan represents to Kirby and to the show is—without getting into too much and going too far in spoiling anything— he’s the first person that’s as interested in this as she is,” Moss, who also directed and executive produced on Shining Girls, shared. “He’s the first person that sees that there are these cold case murders, that sees that there’s something going on, and is just as interested in pursuing it as she is. And he’s the first person that doesn’t think that she’s crazy. He’s not quite so sure what exactly is going on yet but he is listening to her. I think that as a victim of trauma, to be listened to is so important and is so huge. And so that is what Dan brings into Kirby’s world that I think is really important.”

Moss is known for playing characters dealing with trauma and heavy issues, most notably in Hulu’s The Handmaid’s Tale. But she wants everyone to know that she’d love to tackle something lighter.

“Yes, I would,” she said about her interest in starring in a rom-com. “And those are the kinds of films I actually really like to watch too. So yeah, absolutely. I think as an actor, I must admit, I do enjoy the more dramatic work. I feel more challenged by it. And as crazy as it might sound, it is more fun for me, but I would love to do some sort of comedy or romantic comedies, which are my favorite genres.”