New Interview with Elisabeth who talks about portraying Shirley Jackson on screen and the halt of The Handmaid’s Tale production.

From director Josephine Decker and screenwriter Sarah Gubbins, the indie drama Shirley tells a story about renowned horror writer Shirley Jackson (Elisabeth Moss) that blurs fact and fiction. When the arrival of newlyweds (Odessa Young, Logan Lerman) shakes up her writing routine and raises the tension between Shirley and her husband Stanley (Michael Stuhlbarg), they begin to toy with the couple and push their limits in a way that could have a lasting effect on their relationship.

During this 1-on-1 phone interview with Collider, actress Elisabeth Moss talked about why she was nervous about playing the brilliant but troubled real woman, the inspiration she got from co-star Michael Stuhlbarg, the research that was key in helping her find her performance, why it was liberating to explore Shirley Jackson, and what she hopes audiences take from watching the film. She also talked about The Handmaid’s Tale Season 4, and how they’re currently trying to figure out how to safely return to work to finish shooting the season.

Collider: I have to say that I just was so fascinated, enthralled and compelled by this film, and you and everyone else in this is just so phenomenal.

ELISABETH MOSS: Thank you. I really appreciate that.

Actors always talk about wanting to find characters that challenge them, and it seems like there are so many challenges with a character like this. What excited you about the challenges with something like this, and in what ways do you feel this character most challenged you, as an actress?

MOSS: This the first time that I’ve ever played a real person, I think. I could be wrong, but I think so. It’s been a long road, so I could be forgetting some poor soul, but it’s the first time that I’ve played a significant historical figure, I should say, that everybody knows. I think that was the challenge for me. It was a little frightening. I was a little nervous about that. I’m not really that interested in doing research and stuff, and I had to do all of this research, all of a sudden, and approach it in a completely different way. Michael [Stuhlbarg] was incredibly inspiring, in that sense, because he’s very good at that and that’s how he works. He really helped inspiring enthusiasm and also literally sent me material to read. I honestly don’t know if I could have done it without him. That was the thing that was new for me, and definitely a challenge.

MOSS: The thing that was the most inspiring was reading these letters, between Stanley and Shirley, that we got. That was really rare, that we found them. It wasn’t a biography, it wasn’t her stories, and it wasn’t her reading her stories, which we had a recording of. It was truly them. That’s how we really discovered their sense of humor, their intelligence, how much they loved each other, and how much anger was there. That was the most helpful thing, I think.

MOSS: Yeah, totally. The honest answer is a little bit of both. The research into who Shirley was laid the groundwork. That was the bedrock of it. And then, at one point, I remember saying to Michael, right before we started, “Now, I think we have to let it go. I think we’ve gotta let it all go.” You can get so wrapped up in playing a real person that you care more about that than playing the other parts of them. And so, we both decided that we were going to do our own Shirley and Stanley, and this was gonna be our own version of them. You have to forgive yourself a little bit. It’s the only way that you can actually proceed without fear. I think that was really helpful for us to do, at a certain point. It’s not an exactly accurate story of Shirley Jackson. I think that it’s important to mention she was incredible mom. She was wonderful to her kid and a great cook. I’ve spoken to her son, and she was a great mom. Obviously, that’s not included in the story. So, it’s a slice of this woman.

Shirley is a blend of madness, loneliness, depression, sadness, despair, and all of these emotions. Is that fun to explore, as an actor, or do you have to learn to pace yourself through all of that?

MOSS: I love it. I love that kind of work. I am very fulfilled by it. I am not afraid of it. I’m not a method actor. Part of the reason why I’m not a method actor is because I do think that would be exhausting and maybe I’m just lazy. Maybe I’d be a better actor, if I was a method actor, but it’s just not quite my style, so I don’t get exhausted by it. I love it. I find that all characters end up being a facet of your personality, and I have a lot of Shirley in me. I loved exploring that. It was liberating.

Is there a challenge in playing someone whose mind is something of a mystery, or do you just try to be present in each moment?

MOSS: I think that you do the latter. I remember talking to Sarah Gubbins, the writer, and for me, this was a story about a writer and their process, how difficult and challenging that process can be, and the places that you have to go in your imagination, in order to get the story, and to be that brilliant. That’s what I focused on. So, as far as the parts that were maybe not real, or maybe they were in her imagination, or maybe her mind was taking over, she did have a fair amount of drinking happening and she did have a fair amount of, unfortunately, a reliance on pills and diet pills, and that kind of thing, and I think that really was messing with her mind, quite a bit. I think the only way to do that, though, is to play it like it’s real because it’s real to her, and that’s all that matters.

What do you hope audiences take from this film?

MOSS: I love her so much. I have so much admiration for her. I think she was brilliant, and I think she was a good person, and I think she had a great sense of humor, and I hope that people see that. She was troubled, and she had substance abuse problems, and she was bit troubled in her mind, but I think that she was a brilliant woman. She was so ahead of her time and she inspired so many people that came after her. And so, I hope that people get that little bit of her. I hope they take that away.

You were only two weeks into shooting Season 4 of The Handmaid’s Tale, before production shut down due to COVID. As a producer on that series, have you been a part of the conversations about how to get back into production safely? What are your biggest hopes and fears, in that regard?

MOSS: Yes, we have a production call, every week, and we have a producer call, every week. There have been a lot of emails, a lot of Zooms, and a lot of conversations. One of the great things that our line producer has done is basically gone to every single department and talked to them, and picked their brain and tried to figure out what their daily process is, and what they’re looking for and what they need, in order to feel safe, which I think is a really important part of it. There’s a lot of stuff that’s above my pay grade and above my head, that we’re all reading about in the Hollywood Reporter. But for us, as producers, and for most producers, it’s about, how do you do it and be safe? That’s all. Human life is not worth making a TV show for. Everyone wants to go back to work because we love what we do, and there’s also people that need to support their families and themselves. The producers contributed to a fund for our crew, that is out of our own pockets and has nothing to do with our larger corporation. We put a lot of money into it, and we’ve been keeping our crew going through that and supporting them being out of work. But we’ve gotta do it safely, and we’re just trying to figure that out. It’s all new territory, and we’re all in the same boat here.

Shirley is available at Hulu and on VOD.

Deadline Virtual House Presents: An Evening with The Handmaid’s Tale 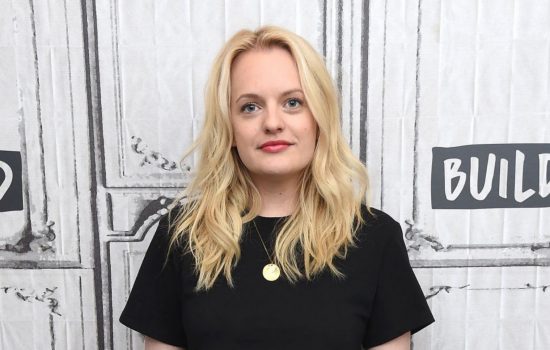 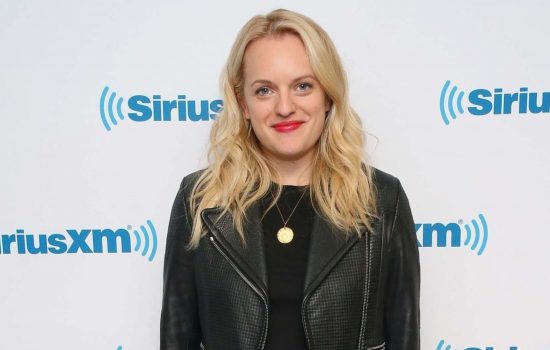 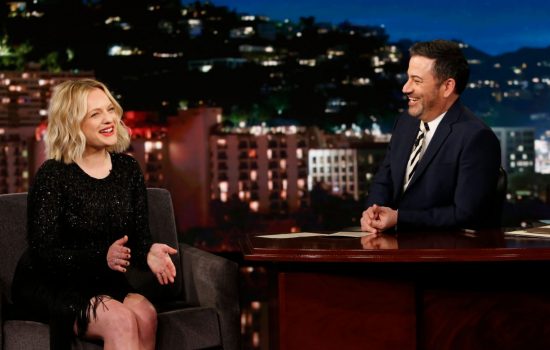