Shirley is now out on VOD, and its a must see. Elisabeth delivers another brilliant performance. Here is the review from Collider:

Lauded author Shirley Jackson was a mad genius. Her macabre stories like “The Lottery” and The Haunting of Hill House captured the imaginations of people the world over, but Jackson herself was considered an odd duck. Rumors swirled that she never left her house, and she was beset by illnesses that finally claimed her life at the far-too-young age of 48. But until the end, Jackson was crafting crackling stories that not only pushed the boundaries of horror fiction, but of what was considered “proper” for a woman in her day and age.

Given the madness within Jackson’s work, and the stories about the woman behind the words, it stands to reason that any movie made about her life should probably be a little strange and offbeat itself. In that regard the new film Shirley, which uses the fictionalized account of two houseguests staying with Jackson and her husband to peer into the unique life of the celebrated author, is a success. Creepy and macabre, intimate and inappropriate, Shirley lets us whirl around in Jackson’s head for a couple of hours. And while the film’s offbeat style may not be for everyone, it highlights the continued relevance and sad nature of Jackson’s life by telling a story about confident, complex women being “othered” by society.

Based on the novel of the same name by Susan Scarf Merrell, Shirley opens—appropriately enough—with a young woman getting horny by reading Shirley Jackson’s short story “The Lottery.” Rose (Odessa Young) and her professor husband Fred (Logan Lerman) are moving to a small Vermont college town to continue their collegiate studies, with Fred having been tasked with helping Shirley Jackson’s husband Stanley Hyman (Michael Stuhlbarg) with his research. Stanley counters with an agreement of a different sort: he will provide free room and board for Fred and Rose at his home if Rose agrees to help around the house, admitting the previous housekeeper up and quit on account of Shirley’s cantankerous nature. Fred readily agrees, while Rose is more reluctant—this means Rose has to drop out of college for the time-being, when she was under the impression she and Fred would be studying as equals.

Quickly Fred and Rose learn that Shirley and Stanley aren’t exactly a traditional couple. Shirley—played by Elisabeth Moss in a straight-up haunting performance—is prone to bouts of depression, sleeping all day, drinking all night, refusing to eat, etc. Stanley, meanwhile, is an outgoing man who values originality above all, and while he thinks his coaxing to get his wife out of bed is for her benefit, it’s not hard to see he’s really mostly trying to get her cracking on her next popular story while he does whatever the hell he wants.

As Fred and Stanley spend the days away from the house, Rose and Shirley strike up a most complicated relationship. At turns contentious, friendly, and sensual, this is a truly odd dynamic and one brought to the screen with vigor by Young and Moss. These two women, each ambitious in her own way, have been all but sidelined by their husbands and asked to keep their interest in the macabre to themselves. It’s in this relationship that director Josephine Decker and writer Sarah Gubbins draw clear parallels to the expectations put on women, and how society treats those who dare to be different. And God help you if you’re different and brilliant.

As the story progresses, Rose is further and further pushed into the “wifey” role as Stanley calls it, and while she’s reluctant, she falls in line. Because that’s what society—especially in the 1960s—expects of her. Shirley, too, is put in a box, albeit a different kind. Stanley fully appreciates and even encourages Shirley’s brilliance, but only on his terms. He wants to see the pages she’s supposedly churning out during the day, not to give input, but so he can put some kind of stamp on her brilliance. He views his caretaking of Shirley (despite the fact that he’s basically hired someone to do the caretaking for him) as a favor, and in return she owes him. Nevermind the fact that he’s constantly stepping out on Shirley—his affairs are an open secret.

But Shirley and Stanley oftentimes make the perfect storm, as they intentionally rile up or stoke problems between Fred and Rose merely for their own amusement. They use those they deem “lesser” for entertainment, and indeed Stanley remarks that there’s nothing he disdains more than mediocrity, which puts a target on Fred’s back.

Decker most recently helmed the head-trip Madeline’s Madeline, and she brings a similar oddball quality to Shirley. The cinematography is dizzying and intimate and messy and sweaty, illuminating the madness within Jackson’s house and mind. It’s effective, but could test the patience of some. Indeed the story seems to wander a bit, as the film is less about the narrative and more about getting a feel for who Shirley Jackson was as a person, and how the stories of hers that we take for granted came at a cost. Which is worthwhile to be sure, but at a certain point your mind may begin to wander.

Stuhlbarg gives an inspired performance and Young plays her character’s dynamic arc with intensity, but this is Moss’ show and she does not disappoint. The madness of Shirley Jackson is there to be sure, but Moss brilliantly layers in the loneliness, sadness, and despair of the character all while keeping a façade of “I DGAF.”

Shirley is a welcome respite from cradle-to-the-grave biopics, and this fictional account offers an interesting pathway to understanding a bit more about Jackson’s somewhat tragic life. And while the film itself wears a bit as it goes on, Decker’s larger points about the marginalization of women remain striking, and Moss’ terrific performance is reason enough to seek this one out. This story is certainly not a traditionally told one in any sense of the word. But you can imagine Shirley Jackson herself probably wouldn’t have had it any other way. 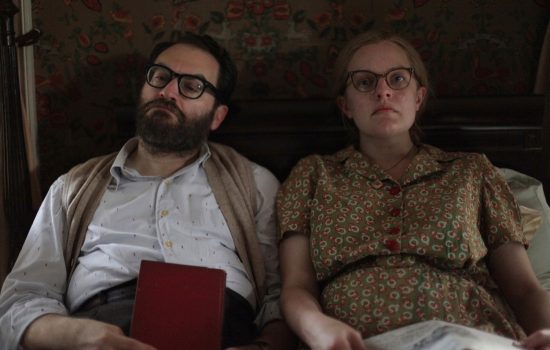 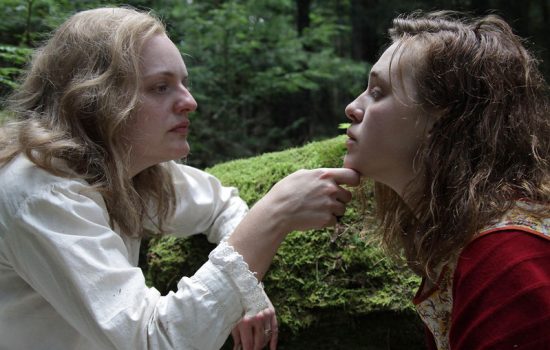